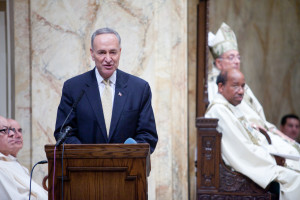 On Sunday afternoon, hundreds of people gathered at St. James Cathedral-Basilica in downtown Brooklyn for the Diocese of Brooklyn’s annual Migration Day Mass. Catholic Migration Services, which coordinates the Diocese’s Ethnic Apostolates, helped organize the Mass and the cultural celebration that followed. 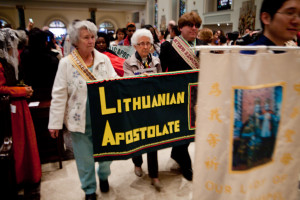 Representatives of the Diocese’s Ethnic Apostolates led the entrance procession into the cathedral.

The Mass was celebrated in multiple languages, illustrating the rich cultural diversity of Brooklyn and Queens. The First Reading was given in Spanish by Carolina Zafra of the Mexican Apostolate, and the Second Reading was given in Korean by Mitchell Lee of the Korean Apostolate. The Prayers of the Faithful were read in 19 different languages. The Haitian and Indonesian Apostolates’ choirs set the tone with beautiful hymns. 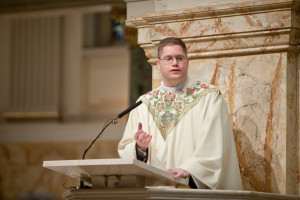 Fr. Patrick Keating, CEO of Catholic Migration Services, gave the Mass’ homily. In his talk, he emphasized the importance of passing “compassionate and common sense immigration reform.” He explained: “we have been waiting far too long … immigration reform is a matter of human dignity. We always want to respect the laws of the land, but the laws of the land must never deny the dignity of human life.”

Before the Mass ended, Senator Charles Schumer–who represents New York in the U.S. Senate and is one of the eight senators who drafted a comprehensive immigration bill–addressed the congregation. He explained that immigration reform would provide a pathway to citizenship for the 11 million undocumented immigrants, which received resounding applause. “When an immigrant works hard, they benefit themselves, they benefit their family, but they benefit our borough, our city, our state, our country and we should never forget that,” he stated. Senator Schumer also recognized the efforts of the Diocese of Brooklyn and CMS on their service to immigrant communities: “I commend Bishop DiMarzio and Catholic Migration Services for their wonderful work on behalf of immigrants,” Schumer said. 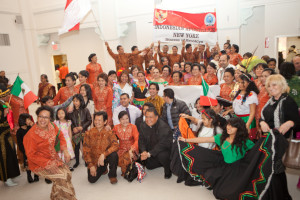 Following the Mass, there was a cultural celebration in the parish center, where the Ethnic Apostolates served food and drink from their home countries. The Mexican Apostolate hosted a mariachi band that provided entertainment for attendees.

Check out coverage of the Migration Day Mass from NY1, News 12 Brooklyn, and the Tablet! For more information about the Ethnic Apostolates, please contact Ellen LaCarrubba at 718-236-3000 ext. 222 or elacarrubba@catholicmigration.org.