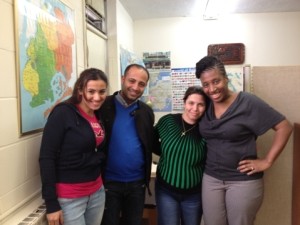 Mr. and Mrs. S were born and raised in Egypt.  As members of the country’s Christian minority community, they persevered through many struggles in order to maintain their livelihood and build a family oriented around their church. Mr. S worked long hours in a factory and his wife was a seamstress. Together, they barely earned enough to cloth and feed their four children and rent a small apartment in their hometown of Alexandria.  They were poor.

One day in 1997, circumstances appeared to have improved dramatically for them when they received notice that they had been selected for admission to the United States based on the “diversity lottery.”  Without the $400 necessary to initiate the interview process, however, they were unable to realize this coveted benefit. Desperate to find a path out of poverty, Mr. S sold all of the family’s belongings in order to raise the necessary funds.  Then, in a devastating turn of events, he was denied admission based on lack of proper employment criteria.

Now, having nearly no possessions, the family returned to a one bedroom apartment and Mr. and Mrs. S redoubled their work efforts to support themselves and their children.  After several years, their visa eligibility was revived and Mr. S was approved with respect to his employment eligibility.  Now, the couple faced the harsh reality of lacking sufficient money to pay for admission of themselves and their four children into the United States.  Accordingly, Mr. and Mrs. S left the children in the care of their grandmother and immigrated to the United States in order to work and begin building the foundation of a better life for their entire family.

In 2004, the couple arrived in Brooklyn and Mr. S found work in a small factory.  Through their church, they were referred to Catholic Migration Services to begin the process of sponsoring their children for admission into the U.S.  Because their two youngest children were under 21 years of age, they were eligible for immediate processing at the U.S. embassy in Egypt.  CMS worked quickly to prepare  and file the necessary paperwork but time was of the essence as the couple’s daughter was just days away from her 21st birthday which would make her ineligible for immediate processing.  CMS staff contacted the U.S. embassy in Egypt and advocated for expedited scheduling of her interview.  This effort was successful as the interview occurred just one day prior to her birthday.

“I couldn’t believe it,” says their daughter. “I waited for 5 years since my parents had emigrated from Egypt and I had nearly lost hope.  I thought I would have to stay in Egypt without them.  When I arrived in the U.S., I was so excited.  But I immediately began to think about my older brothers who were left alone back in Egypt.  I quickly came to see Jeanne at Catholic Migration Services to begin the process of helping them.”

CMS immigration counselor Jeanne Sannon worked diligently to pursue consular processing of the brothers’ applications for admission into the U.S. but, as is sadly the case for so many immigrant families, their priority dates retrogressed, meaning that they were forced to wait even longer than had originally been expected.  This additional delay coincided with the advent of the Arab Spring in Egypt.  Mr. and Mrs. S and their two children  in Brooklyn watched with fear as events unfolded in their home country, including the bombing of a church just opposite from the residence of the two older brothers.  When the priority date for their visa application finally became current, the U.S. embassy in Egypt was closed due to the instability.  Ultimately, when the embassy re-opened, CMS helped to arrange for processing of the brothers applications and they arrived in the U.S. in the Spring of 2013.

Speaking of their experience, the family expressed extreme gratitude to Jeanne Sannon and the entire staff of CMS for their critical assistance and accompaniment on their long path to stability and reunification.  The family members are now applying for U.S. citizenship. 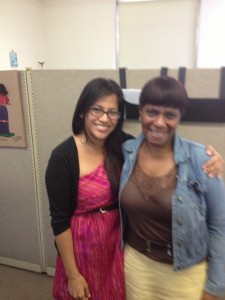 “I kept calling different immigration assistance offices but nobody gave me an answer. Then I came to Catholic Migration and Marisol told me everything that I needed to do. I can’t tell you how grateful I am for what she has done for me.”  These words of gratitude from our client Mariana were spoken after 14 years of separation from her children and family in Panama, a period during which she worked long hours as a domestic servant and lived with roommates in order to send desperately needed money home to her family.  Originally sponsored for admission to the United States by her brother, Mariana endured a over a decade of waiting for the opportunity to adjust her legal status and obtain work authorization.  Unfortunately, this is a common experience for many immigrants who suffer the consequences of our broken immigration system and its staggering backlog of applications.  Finally, in April 2013, Mariana received her papers and, for the first time in 14 years, was able to see her children in Panama on the occasion of her mother’s 89th birthday.  Because of CMS’ advocacy and assistance, Mariana has been able to reunite with her family and accorded legal status in the United States.

“When I first came to New York, I absolutely hated it,” Wendy recalls feeling at 9 years old, when she moved to the city with her mother from Trinidad. “I wanted to go home the same day I came.” They moved to South Ozone Park with her father, who Wendy had not seen since she was 2 years old, when he left Trinidad in search of a better job in the United States. Wendy’s feelings about moving to the U.S. quickly changed, however, once she enrolled in school and made friends with her classmates. South Ozone Park, a quiet neighborhood in southeast Queens where most of her neighbors shared her West Indian culture, soon felt like home. However, while growing up in South Ozone Park made Wendy feel at home in the United States, her undocumented status prevented her from taking advantage of many of the opportunities available to her peers. Click here to read more. 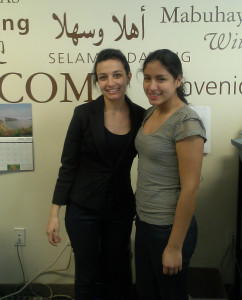 Doris, 17, is a senior at a Catholic high school in Manhattan with dreams of becoming a pediatrician. Like many students in their final year of high school, much of Doris’ time has been devoted to her studies and applying to college. However, despite her good grades and work ethic, her undocumented status has been a barrier to realizing her full academic potential. Click here to read more.