CMS Participates in Panel Discussion on Immigration in Bushwick 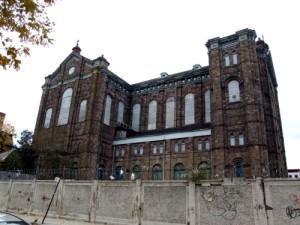 Sister Mary Ellen gave the audience a historical overview of immigration law and policy in the United States. She also discussed the possibility of immigration reform, and what it might look like based on the U.S. Senate’s immigration bill, currently under consideration by Congress.

Amy Lazarus of Catholic Charities Rockville Centre spoke on the rights of an undocumented immigrant if detained or arrested by police or immigration officials. Finally, CMS’ own Megan Helbling discussed Deferred Action for Childhood Arrivals (DACA), a policy that offers undocumented immigrants brought to the U.S. as children work authorization and protection from deportation that can be renewed every two years.

Following the presentation, the audience–consisting largely of Caribbean and Latino immigrants–engaged in a lively Q&A with the panelists. CMS’ Megan Helbling will be returning to St. John the Baptist on May 23 to assist those interested in applying for DACA. To make an appointment, please contact Megan at 347-472-3500 ext. 113 or mhelbling@catholicmigration.org.