In an effort to expand how the Church accompanies people, the Dicastery for the Promotion of Integral Human Development recently launched a new website, migrants-refugees.va “to ensure that those forced to flee are not left behind.” Accessible in 5 languages, the Vatican office is personally directed by Pope Francis and is a direct response to the Holy Father’s concern for the displaced and marginalized across the globe. 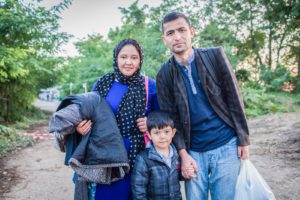 During the Sixth International Forum on Migration and Peace at the Vatican, February 21 to 22, His Holiness shared four “verbs” when addressing migrants and refugees among us. He challenged leaders and citizens of the world to welcome, protect, promote and integrate our fellow brothers and sisters. In doing so, we are called to discover the “sacred value of hospitality.”

At Catholic Migration Services, our mission is to “welcome the stranger in our midst”, by being committed to empowering underserved immigrant communities in Brooklyn and Queens regardless of religion, ethnicity, national origin, or immigration status. We are proud to connect our community to the Vatican’s newest website as a way to expand our services, education, and advocacy among the many people we assist.

The Dicastery for the Promotion of Integral Human Development was originally announced by Pope Francis on August 31, 2016 and began operation January 1st of this year. According to Radio Vaticana, the new Dicastery was created “to better serve the needs of the most vulnerable, including migrants and refugees, in yet another expression of his strong concern for  the protection of people on the move.”

Read the full address from the Vatican: His Holiness Pope Francis to Participants in the International Forum on “Migration and Peace”