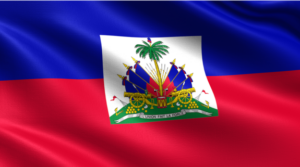 Jean*, a candidate for local office in Haiti, fled his homeland after enduring persecution for his political views. After fleeing Haiti, he lived in Brazil for several years, where he met and married Marie*. The couple soon had a child. In Brazil, the family faced racism and xenophobia which forced them to flee again, this time to the United States.

When Jean and his family arrived at the U.S. border, they were separated. Jean was held in an immigration detention center for several months. He was later released on bond and reunited with his wife and child in New York City where they continued the next steps to safely seek asylum with the assistance of Catholic Migration Services.

CMS advocates helped the family gather and submit a thorough packet of evidence supporting their asylum applications. We then worked with Congressman Hakeem Jeffries’ office to fix a United States Citizenship and Immigration Services (USCIS) administrative error. The correction allowed us to secure an appointment for the family to take their biometrics, a crucial step before asylum could be granted. Since this family’s case was repeatedly postponed by the immigration court, CMS persistently negotiated with U.S. Immigration and Customs Enforcement (ICE) for their non-opposition to a grant of asylum and filed a motion asking the immigration judge to grant the case based on the paper evidence. The immigration judge granted asylum, and now the family is on a path to citizenship.

*We have changed the names of the clients to protect their privacy.