On April 8, 2020, Catholic Migration Services along with co-counsel at the firm of Eisner & Dictor, P.C., filed a case in the Southern District of New York on behalf of 19 home care workers, seeking millions of dollars of hard earned, yet unpaid wages. The workers are current and former employees of Avondale Care Group and were organized by the National Mobilization Against Sweatshops (NMASS), a partner organization that works with, and advocates on behalf of home care workers throughout New York City. For years, our clients logged 24-hour, round-the-clock shifts with Avondale, yet they were only ever paid for a fraction of their time worked.

In this moment of great crisis, where millions have been told to stay home or shelter in place due to the COVID-19 pandemic, home care workers continue to put their lives on the line to care for the most vulnerable in our communities. To make matters even worse, they have not been provided the proper personal protective equipment (PPE) to safeguard themselves and help slow the spread of disease.

We encourage allies who stand with workers to visit the National Mobilization Against Sweatshops at nmass.org to learn more about NMASS’s home care worker campaign and how you can donate to a fund that will be used to purchase PPEs for home care workers during this crisis. Stay tuned for more updates about our clients’ legal fight for justice.

In Absence of Immigration Court Closures, Letter Asks DOJ for Option to Postpone Merits Hearings and Halt Some Removal Orders in Wake of Coronavirus

On Monday, March 16th, in response to the coronavirus outbreak, Legal Services NYC and six other organizations, including Catholic Migration Services sent a letter to the Department of Justice requesting the option to reschedule merits hearings in New York immigration courts upon request in the absence of court closures as well as the option to appear via phone or video for those with easy to resolve cases. Today’s letter also asks for a moratorium on all immigration removal orders where the immigrant is unable to show up for health reasons or concerns. On Friday night, the Department of Justice announced the postponement of NYC “master calendar hearings” (or initial hearings) for those not in custody but did not address the merits hearings that follow. On Sunday, immigration prosecutors, judges and attorneys called for the closure of immigration courts across the country.

Read the letter and full story via Latino Rebels: In Absence of Immigration Court Closures, Letter Asks DOJ for Option to Postpone Merits Hearings and Halt Some Removal Orders in Wake of Coronavirus 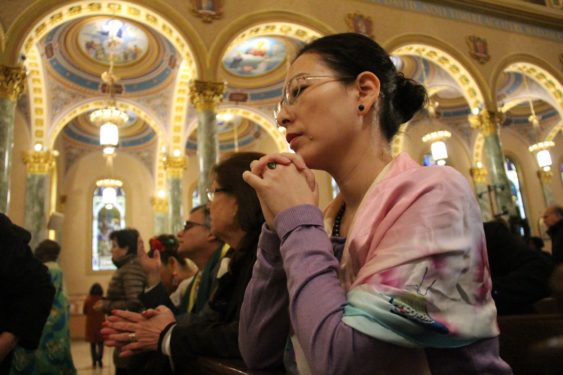